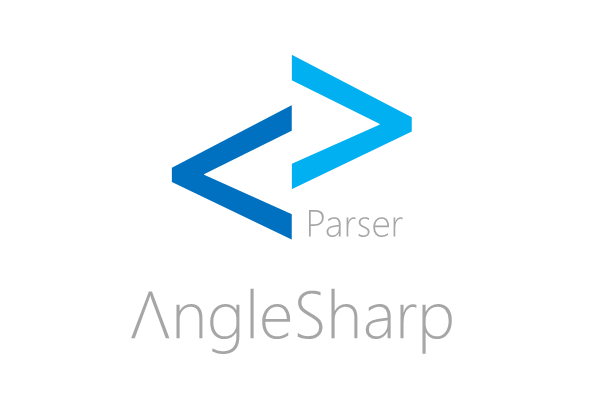 AngleSharp is a .NET library that gives you the ability to parse angle bracket based hyper-texts like HTML, SVG, and MathML. XML without validation is also supported by the library. An important aspect of AngleSharp is that CSS can also be parsed. The included parser is built upon the official W3C specification. This produces a perfectly portable HTML5 DOM representation of the given source code and ensures compatibility with results in evergreen browsers. Also standard DOM features such as querySelector or querySelectorAll work for tree traversal.

The advantage over similar libraries like HtmlAgilityPack is that the exposed DOM is using the official W3C specified API, i.e., that even things like querySelectorAll are available in AngleSharp. Also the parser uses the HTML 5.1 specification, which defines error handling and element correction. The AngleSharp library focuses on standards compliance, interactivity, and extensibility. It is therefore giving web developers working with C# all possibilities as they know from using the DOM in any modern browser.

The performance of AngleSharp is quite close to the performance of browsers. Even very large pages can be processed within milliseconds. AngleSharp tries to minimize memory allocations and reuses elements internally to avoid unnecessary object creation.

The simple example will use the website of Wikipedia for data retrieval.

Or the same with explicit types:

In the example we see:

Every collection in AngleSharp supports LINQ statements. AngleSharp also provides many useful extension methods for element collections that cannot be found in the official DOM.

AngleSharp has been created as a .NET Standard 2.0 compatible library. This includes, but is not limited to:

The documentation of AngleSharp is located in the docs folder. More examples, best-practices, and general information can be found there. The documentation also contains a list of frequently asked questions.

More information is also available by following some of the hyper references mentioned in the Wiki. In-depth articles will be published on the CodeProject, with links being placed in the Wiki at GitHub.

The project aims to bring a solid implementation of the W3C DOM for HTML, SVG, MathML, and CSS to the CLR - all written in C#. The idea is that you can basically do everything with the DOM in C# that you can do in JavaScript (plus, of course, more).

Most parts of the DOM are included, even though some may still miss their (fully specified / correct) implementation. The goal for v1.0 is to have all practically relevant parts implemented according to the official W3C specification (with useful extensions by the WHATWG).

The API is close to the DOM4 specification, however, the naming has been adjusted to apply with .NET conventions. Nevertheless, to make AngleSharp really useful for, e.g., a JavaScript engine, attributes have been placed on the corresponding interfaces (and methods, properties, ...) to indicate the status of the field in the official specification. This allows automatic generation of DOM objects with the official API.

This is a long-term project which will eventually result in a state of the art parser for the most important angle bracket based hyper-texts.

Our hope is to build a community around web parsing and libraries from this project. So far we had great contributions, but that goal was not fully achieved. Want to help? Get in touch with us!

Participating in the Project

If you know some feature that AngleSharp is currently missing, and you are willing to implement the feature, then your contribution is more than welcome! Also if you have a really cool idea - do not be shy, we'd like to hear it.

If you have an idea how to improve the API (or what is missing) then posts / messages are also welcome. For instance there have been ongoing discussions about some styles that have been used by AngleSharp (e.g., HTMLDocument or HtmlDocument) in the past. In the end AngleSharp stopped using HTMLDocument (at least visible outside of the library). Now AngleSharp uses names like IDocument, IHtmlElement and so on. This change would not have been possible without such fruitful discussions.

The project is always searching for additional contributors. Even if you do not have any code to contribute, but rather an idea for improvement, a bug report or a mistake in the documentation. These are the contributions that keep this project active.

This project has also adopted the code of conduct defined by the Contributor Covenant to clarify expected behavior in our community.

For more information see the .NET Foundation Code of Conduct.

If you use AngleSharp frequently, but you do not have the time to support the project by active participation you may still be interested to ensure that the AngleSharp projects keeps the lights on.

Therefore we created a backing model via Bountysource. Any donation is welcome and much appreciated. We will mostly spend the money on dedicated development time to improve AngleSharp where it needs to be improved, plus invest in the web utility eco-system in .NET (e.g., in JavaScript engines, other parsers, or a renderer for AngleSharp to mention some outstanding projects).

AngleSharp is written in the most recent version of C# and thus requires Roslyn as a compiler. Using an IDE like Visual Studio 2019+ is recommended on Windows. Alternatively, VSCode (with OmniSharp or another suitable Language Server Protocol implementation) should be the tool of choice on other platforms.

The code tries to be as clean as possible. Notably the following rules are used:

More important, however, is the proper usage of tests. Any new feature should come with a set of tests to cover the functionality and prevent regression.

A very detailed changelog exists. If you are just interested in major releases then have a look at the GitHub releases.

This project is supported by the .NET Foundation.

Permission is hereby granted, free of charge, to any person obtaining a copy of this software and associated documentation files (the "Software"), to deal in the Software without restriction, including without limitation the rights to use, copy, modify, merge, publish, distribute, sublicense, and/or sell copies of the Software, and to permit persons to whom the Software is furnished to do so, subject to the following conditions:

The above copyright notice and this permission notice shall be included in all copies or substantial portions of the Software.

THE SOFTWARE IS PROVIDED "AS IS", WITHOUT WARRANTY OF ANY KIND, EXPRESS OR IMPLIED, INCLUDING BUT NOT LIMITED TO THE WARRANTIES OF MERCHANTABILITY, FITNESS FOR A PARTICULAR PURPOSE AND NONINFRINGEMENT. IN NO EVENT SHALL THE AUTHORS OR COPYRIGHT HOLDERS BE LIABLE FOR ANY CLAIM, DAMAGES OR OTHER LIABILITY, WHETHER IN AN ACTION OF CONTRACT, TORT OR OTHERWISE, ARISING FROM, OUT OF OR IN CONNECTION WITH THE SOFTWARE OR THE USE OR OTHER DEALINGS IN THE SOFTWARE.

Showing the top 5 NuGet packages that depend on AngleSharp:

Showing the top 5 popular GitHub repositories that depend on AngleSharp: