Unofficial port of SixLabors.Fonts to MonoGame for .NET 6 and above. 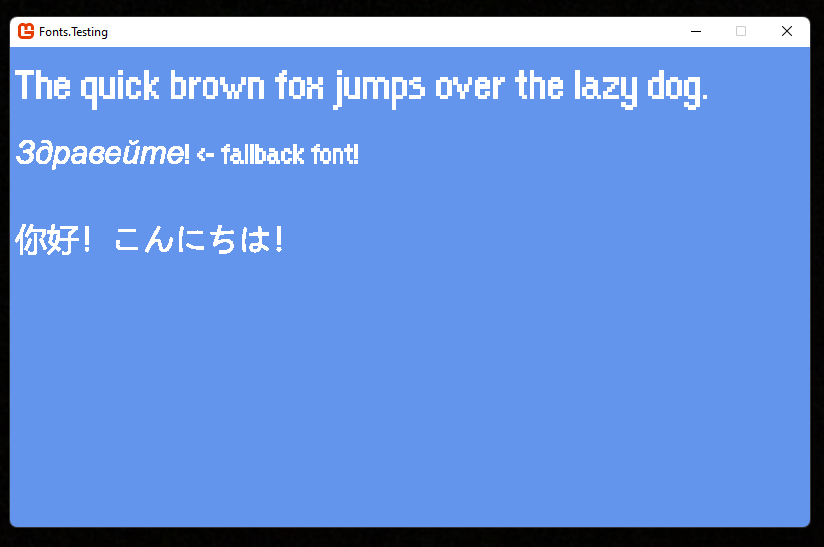 This has only been tested on Windows. It should work on other systems, but if it doesn't, please open an issue. This library is also new and unoptimised. Pull requests are welcome!

The premise is simple: we have a FontEngine, which we use to store our fonts. We then use the FontEngine to get a loaded font, and we draw with it.

Presumably, you have one font and you don't want to keep typing its name over and over again. Or, maybe your game has a mod system, and mods can load in their own font and use it as the default for the entire game. In cases as such, you can modify the default font name.

For missing glyphs, SixLabors.Fonts provides fallback fonts. This library implements them as well. You can add a fallback font by adding it to the FallbackFontFamilies list in FontEngine.

If addSystemFonts in the FontEngine constructor is set to true (which is the default), the fonts Arial, Courier and Helvetica will be added to the fallback fonts list.

This package is not used by any NuGet packages.

This package is not used by any popular GitHub repositories.